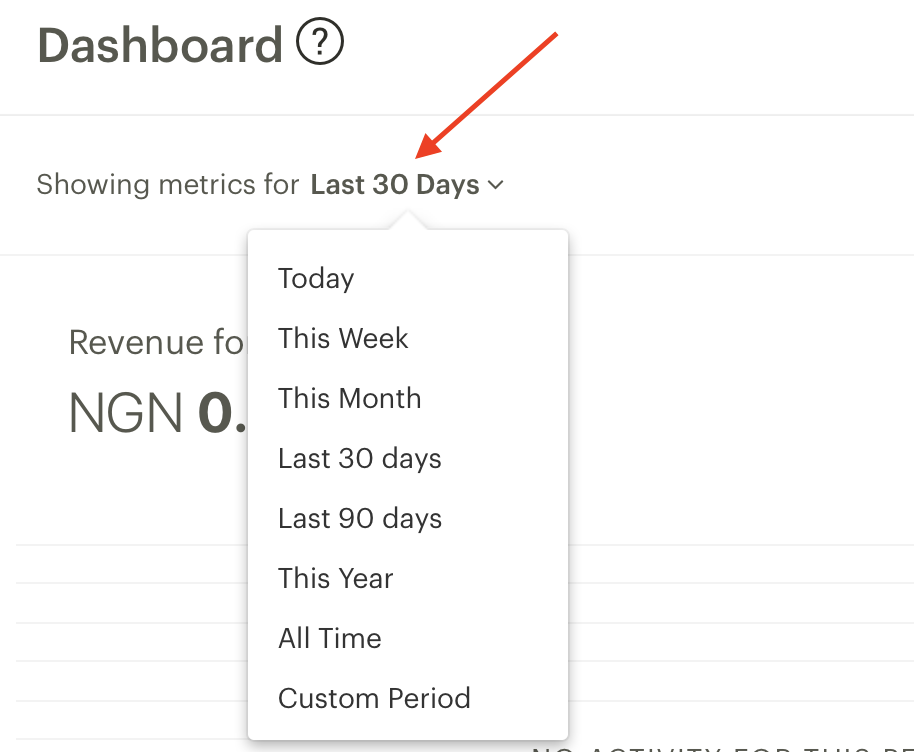 The date range dropdown allows you to choose the date period over which you want to see data. You can select variable date ranges for:

The green revenue graph represents your transaction values for the selected date range. This section also shows you the total payments you've collected within the date range. 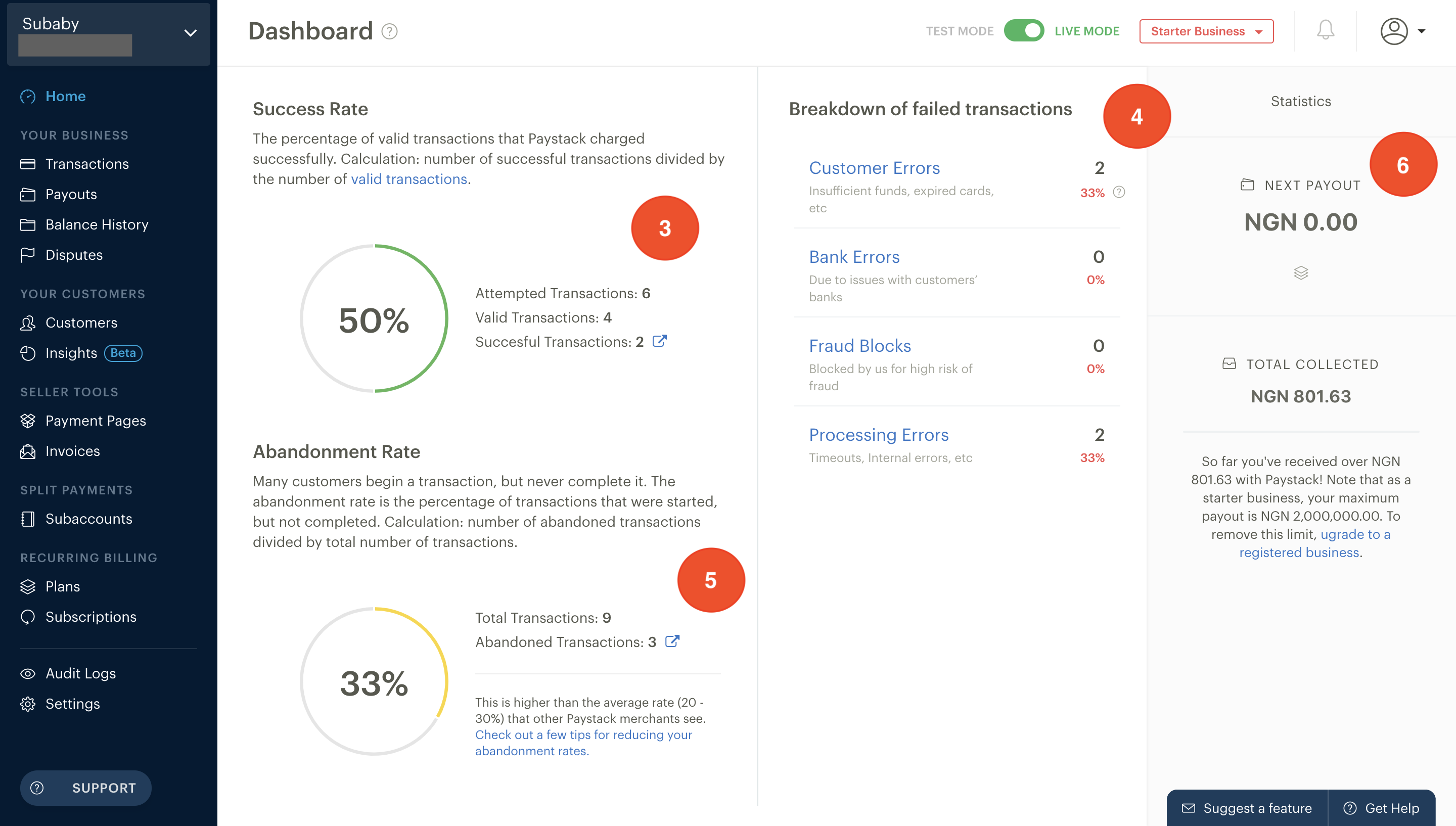 Please keep this in mind as you read on.

The Success Rate section tells you how many attempted transactions where successful. You can see the number of transactions, as well as the percentage success rate.

The success rate is calculated like this: (number of successful transactions / total number of attempted transactions) * 100

This section helps you understand the most common error types for failed transactions:

To the right-hand side of each error type, you'll see two numbers:

The red percentage figure is calculated as follows: (number of failed transactions from this type of error / total number of attempted transactions) * 100

Some customers initiate but don't complete a transaction - those transactions are counted as Abandoned Transactions. Since these transactions weren't attempted in the first place, they aren't factored into the Success Rate and Failure Rate calculations.

You can view the number of abandoned transactions and see how you're doing compared to other merchants. The average abandonment rate for a typical Paystack merchant is between 20 - 30%. Learn more about Abandoned Transactions:  Why customers abandon payments, and what to do about it

Did this answer your question? Thanks for the feedback There was a problem submitting your feedback. Please try again later.
Last updated on November 7, 2019